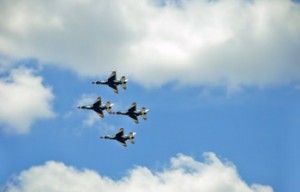 Two doctors were equal partners in a business. The Client was diagnosed with cancer and unlawfully shut out of the business losing substantial revenues. The Boulder county jury returned a large six-digit verdict in the Client’s favor for her share of the profits from the business. The Court of Appeals sustained the verdict under the Colorado Medical Practice Act. James R. Ruterbories was lead counsel and lead-appellate attorney rendering all oral arguments.

A police officer responded to a noise complaint and knocked hard on the defendant’s door. The officer’s knock caused the door to open. While still standing outside, the officer observed a bong and the smell of marihuana. The trial court ruled that the officer’s conducted an unconstitutional warrantless search by knocking on the door with such force to cause it to open. The Supreme Court concluded the officer’s knock was not a search for Fourth Amendment purposes and reversed the trial court.


The information contained on this site is not intended to convey any legal advice. The information contained on this site is not a substitute for any legal advice and is only general in nature and not specific to your case. Any links on this site are not intended as referrals or endorsements and no representations are made regarding those links. The laws are typically amended and repealed frequently; therefore, James, Ruterbories, P.C., makes no representations regarding any information on this site. E-mail communications or visiting the site does not create any attorney-client relationship. For any and all information specific to your case, please call for a free consultation.